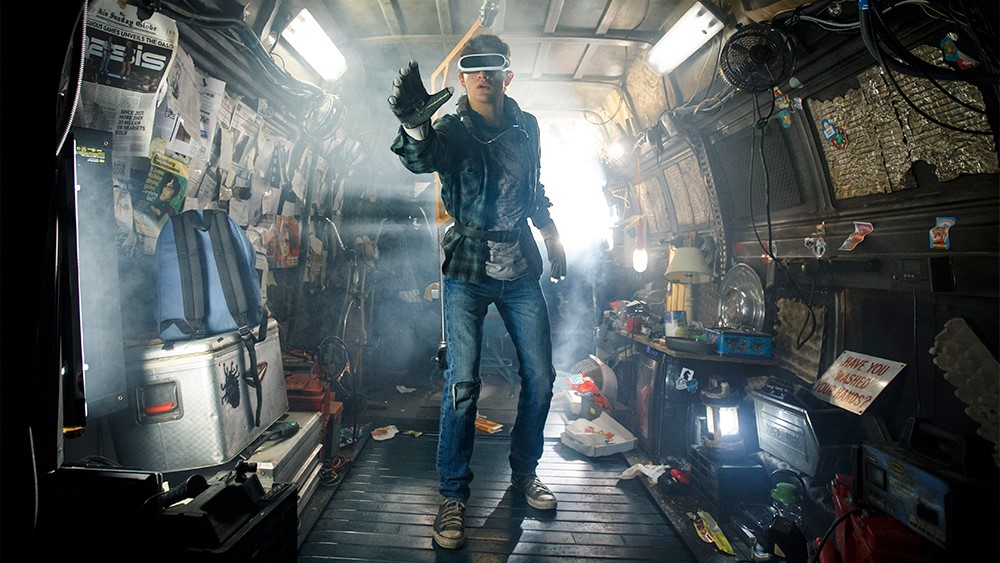 Following my first impressions post I wrote last week, I have finished reading through Ready Player One and now I’m able to give my thoughts on the book.

(Minor Spoilers Ahead, Be Warned).

Hands down, my favorite character and one who stole the show was Halliday: the man who developed the Oasis and set everyone off on this insane journey. While it would have been easy to make an eccentric millionaire making insane challenges for sake of insane challenges, he has a focused direction with each challenge he creates, playing off his nostalgic love for his teenage years and geeky interest in an effort to make, as Cline put it, “people love the things he loved.”

Art3mis was awesome. Too many dystopian writers seem to go to the same factory to purchase their female leads: super human fighting capabilities, no-nonsense, bland personality yet super-hot. Yet, what made Art3mis so cool was how funny she could be. She was a super-star according to the blog, yet she geeked out, talked too much, and had the same dorky love for Halliday’s life as the main character. She seemed down to earth, with awkward feelings about the OASIS and a true desire to make the world better.

Aech came in third, for reasons I won’t get into. But if you’ve read the book, you will know why. Reading through it, I wasn’t sure what direction they’d go with him, and I half expected him to turn out to be a IOI spy. I’m grateful they didn’t go that route, instead making him out to be a relatable friend character our protagonist desperately needs.

Finally, Parzival is probably my least favorite. While he had traits I enjoyed (such as his Otaku level obsession with 80s nostalgia) there was nothing about him that stood out. He was a poor kid living in a glorified trailer park, he fell in love with girl before getting to know her, and he was super good at everything 80s and didn’t feel like he had a real weakness. He serves as an excellent window into Halliday’s world for the viewers, but there wasn’t anything about him I hadn’t seen a dozen times in other works of fiction. If anything, his existence only served to help me love Halliday even more.

If he had remained in the underdog position throughout the novel—working with the bare minimum while pursuing Halliday’s Easter Egg, I probably wouldn’t have had as much of a problem with him. But following the first challenge, he gets all these really cool things from his promotional deals: money, weapons, and a freaking private space-station!

The OASIS has a lot of ambition to it. A world where you can pretty much be anything and do anything. On the outset, it fills the reader with awe as we want to see all the kinds of places we can go in this story. But that also proves the world-buildings downfall as it simply becomes too much. It becomes hard to get any sense of grounding when there’s so much to exist out there. In battles, players are dropping nuclear bombs on one another as if that’s part of a casual rotation. It does add intrigue to the story, but it makes it overwhelming as well for readers to get grounding in it.

And with the large scope that we have in the OASIS, why do Art3mis and Parzival have the same class? Warrior/Wizard? Why couldn’t we see a little more diversity between the players? Why not a Ranger/Startrooper or a Jedi/Dragon-tamer (and now I want RP a Jedi/Dragon-Tamer)

But at the same time, Cline’s love of 80s nostalgia is filled throughout the book. As someone born pass that decade, I miss most of the references (and there are a lot), but I can tell that the passion is there and they aren’t just throw away references (Hey, that’s an X-Wing, you remember that Star Wars was a thing. Right, right?!). And as I mentioned when I talked about Halliday, the challenges each reflected this love in a real, and creative way as well.

Lastly, anyone else tired of seeing the big corporations as the antagonist in these kind of stories? I don’t know about the rest of you, but IOI just feels like another carbon copy of the typical big business antagonist we’ve seen a dozen times. If it wasn’t for the fact I enjoyed watching Sorrento squirm when Parzival listed demands for joining, they were otherwise way too bland.  Then again, this also fits the 80s nostalgic feel Cline is going for, as the villains are typical black and white bad in those too.

If I had to give them any praise, it is that they didn’t have absolute power in the OASIS. The Clans and other Gunter groups could combat them and keep them from having an absolute foothold for any extended period of time. They had to be smart about how they approached the contest to keep their opposition in check.

I gave a lot of criticisms about this novel. But despite them, I really enjoyed it.

The writing is smooth and easy to follow. It keeps you reading and immersed through every step of the experience—even during those clichéd moments I mentioned before.

Each of the challenges was amazingly thorough and filled with 80s love, and as I mentioned before, I absolutely adore Halliday as a character and even after being a multi-billionaire, his heartfelt desire is to have someone love what he loves.

Not to mention the final send-off being to, even if the world is awful, to not forget to live in it. It’s a powerful message that, while we hear it many times in other works like this, is an important message for gamers and readers a like to remember.

If you have any other books you’d like me to give my first, final, and possible middle thoughts on (depending on the book), leave a comment below. If you disagree with my thoughts, I’d love to hear your thoughts why.

Thank you for your time.

A Writer's Mind Is A Scary Place

the Writings and Ramblings of Wil Sterling

Only when you turn off the lights can you see the shadow within your own eyes.

Promoting authors who capture the hearts and minds of their readers

Taming of the Muse

Where I try to talk about writing things

Eggshell in the Story

there's nothing new under the sun, unless its covered in yolk

A place where I think about my passions: reading, writing, editing, publishing, and teaching

the World of Relationships from a Quiet Observer

Amateur theology all week long. But especially on Mondays.